The origins of the feast

THE TIME OF THE PLAGUE

During the summer of year 1600, arrived at Agullent an epidemic of bubonic plague, so called "sleepy", the evil which for several months had already infested the neighbouring populations. On August 7th, members of the jury of the city communicated to the mayor the suspicion that the plague had invaded the population so they took relevant measures, such as the quarantine of the parents who hosted sick members, the incineration of the contaminated clothes, … However, in the city of Agullent, the plague was not too virulent. The epidemic lasted hardly one month and caused only 83 deaths. 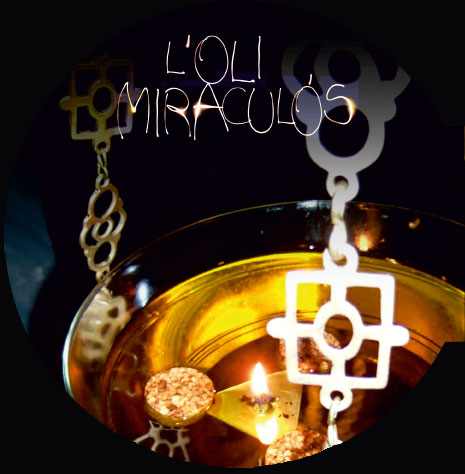 THE MIRACLE OF THE LAMP

The tradition says that on September 4th of 1600 occurred a miracle that released the population from the plague. One of the most ancient documents which tells the facts come from 1658 and is known as the “decree of the miracle”. In this last one, it is told that during the plague, people of the village had seeked refuge in the Sierra and the countryside. The hermit, Joan Solves, who took care of Saint Vicent Ferrer's sanctuary, did not dare to go down to the village, that is why there was no oil in the lamp of the saint. On September 3rd, during the night, the hermit heard a noise in the hermitage: he approached to check what it could be and saw the silhouette of a Dominican monk on his knees at the foot of the altar. He ran to announce it to his wife and, when he returned to the church, there was no more monk and the door was closed. Moreover, the lamp contained some oil and shone with a stunning light. Facing such a big mystery, the hermit ran to communicate it to the authorities; he rang the bell and when the miracle was heard by all the villagers, they began to make lighting effects and to shoot with arquebuses. " thanks to this light and this supernatural oil all were able to be cured of the evil. People took some oil, without decreasing it and without turning the lamp off, although a mistral was blowing. It was an inevitable sign of Saint Vicent Ferrer's protection that was saving them.

Only one man, Andreu Calatayud, was incredulous in front of all these facts that his neighbors were telling. He laughed at their enthusiasm and at their faith; but, pushed by the curiosity, he also appeared at the hermitage. Once in front of the lamp, it fell down on the ground but remained standing without losing a drop of oil and without turning off the light. Calatayud apologized for his incredulity and, as the others, was anointed by supernatural oil. On September 5th, in the first day light, " everybody gathered, those who were living in the countryside and those from the village and went to the hermitage by making a solemn procession and then organized a solemn party to return grace with various shots of arquebuses.

FIREWORKS AND SHOTS OF ARQUEBUSES

The enjoyment that all the villagers felt once they heard about the miracle, resulted in lighting "bonfires and in shooting with the arquebuses." Some spontaneous responses to this kind of events and which was usual in this time. Indeed, shooting in the air, as the mark of enjoyment and as honour, was usual during ceremonies and big events, as in the processions and in the escorts to kings and to important people; to light bonfires the day before the celebrations was and keeps being a rooted custom. The memory of this happy night was transformed over the years into the so called rite: " the Night of Bonfires ". In October of the same year 1600, the mayor made the vote of celebrating this annual feast, as it is written in the Book of Councils.