On every first Friday of September around midnight, a river of light and circles of fire meanders the streets of Agullent up to Saint Vicent Ferrer's hermitage, situated on a headland surrounded by the Sierra. It is the rite of remembrance that occurs constantly since 1600. It is The Bonfires Night, probably the most antique night-pilgrimage of Valencian lands.

After dinner, the inhabitants of Agullent meet on the main square to participate in this little formal procession with music and fire to commemorate the Miracle of the Lamp. The fire has a leading role because it announces the festivities of the next day.

LANTERNS, BONFIRES AND CROWN WITH FIRE

The crowd gathers on the main square waiting for the beginning of the procession. In the meantime, the candles of the lanterns are lit, some of them are homemade and others were punctually bought in the hardware store of the main street.

In contact with fire, the rope of the torches becomes orange-colored. They are made from esparto (as the one used for the rollers which compress olives) and are greased with oil. At first, the torches do not seem to catch fire but smoke escapes from it. Then suddenly, the tip of the arc ignites in contact with air. Then, people make the arc rolling which in the darkness forms circles of light. These three elements of fire: lanterns, bonfires and torches can make now only half of the route of the procession. Indeed, for safety reasons, torches - which cause sparks - cannot go through the zigzag-shaped path that leads to the hermitage, between cypress and pines dried out by summer.

FROM THE FOUNTAIN JORDANA TO THE HERMITAGE

The inhabitants of the village, as well as the neighboring towns, the municipal corporation and other visitors, take part in the procession in music and in party mood in the streets of the historic center towards the park of the Fountain Jordana, then take the difficult path to the hermitage. Here the step tightens, the line of pilgrims lengthens and in spite of the fact that the music of the band keeps striking, the darkness invites the pilgrims in a bigger introspection. The hill is high but the section of coast is short.

At the end of the way, the illuminated silhouette of the hermitage waits for the pilgrims. Inside the temple are sung the praises and the visitors queue up to cover themselves with the oil of the miraculous lamp on the part of the body which requires protection. Meanwhile, in the middle of the main square, children and young people are throwing their lanterns in the small bonfire which remains lit thanks to each lantern thrown into it.

The lanterns and bonfires will remain active for few hours. The groups of pilgrims continue to stream towards the hermitage. The rite of the Night of Bonfires has been occurring every year in September for more than four hundred years. 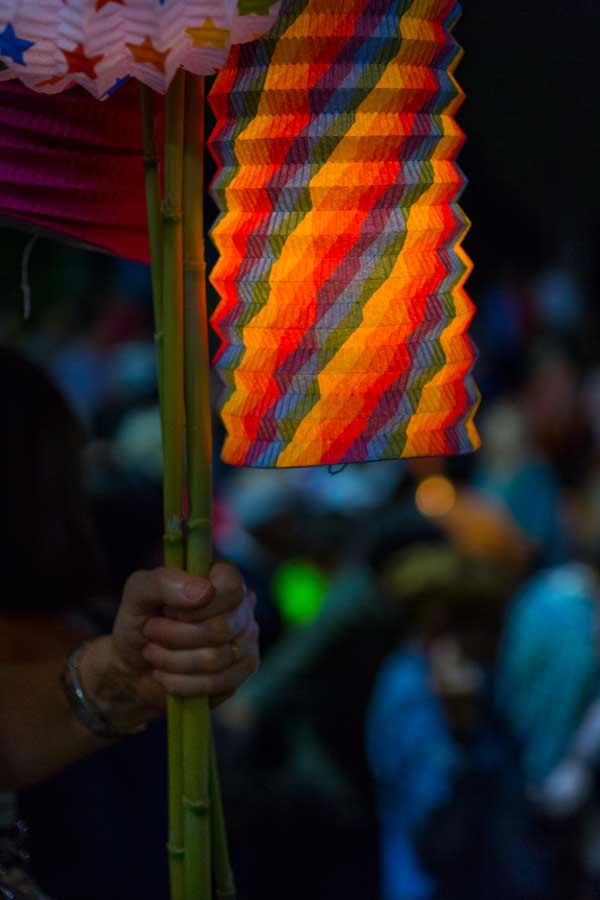 The night of bonfires is probably the most antique night-pilgrimage of Valencian lands. 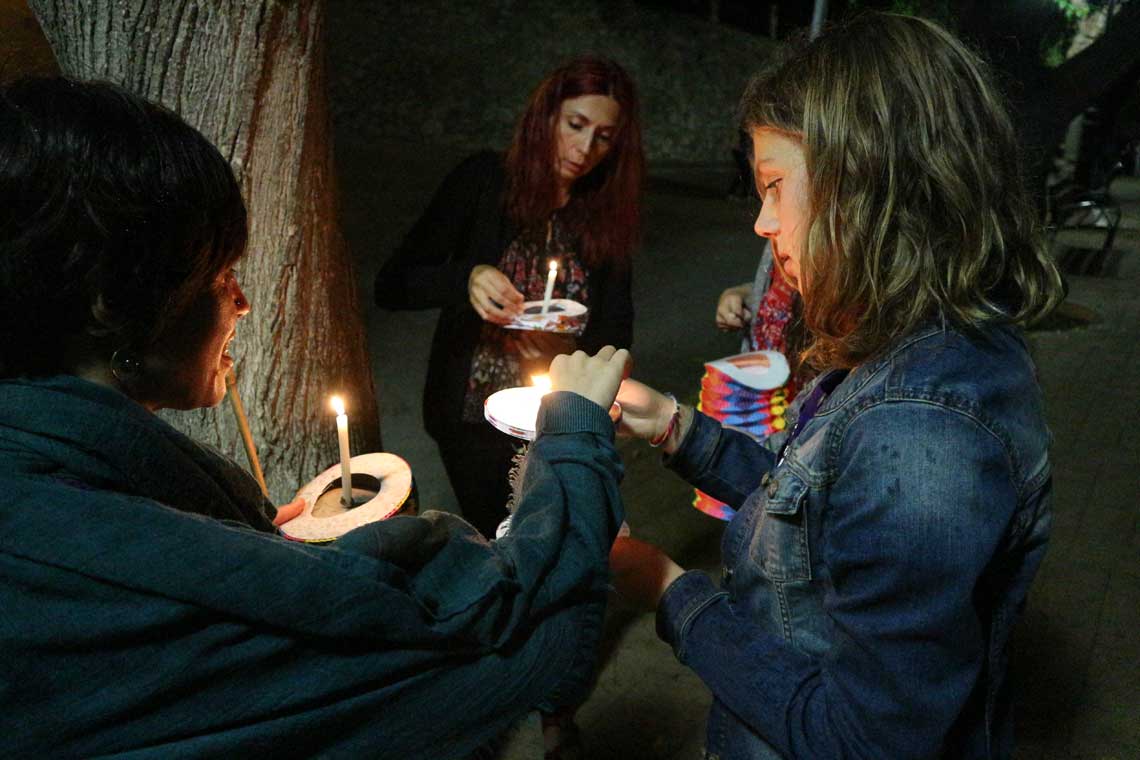 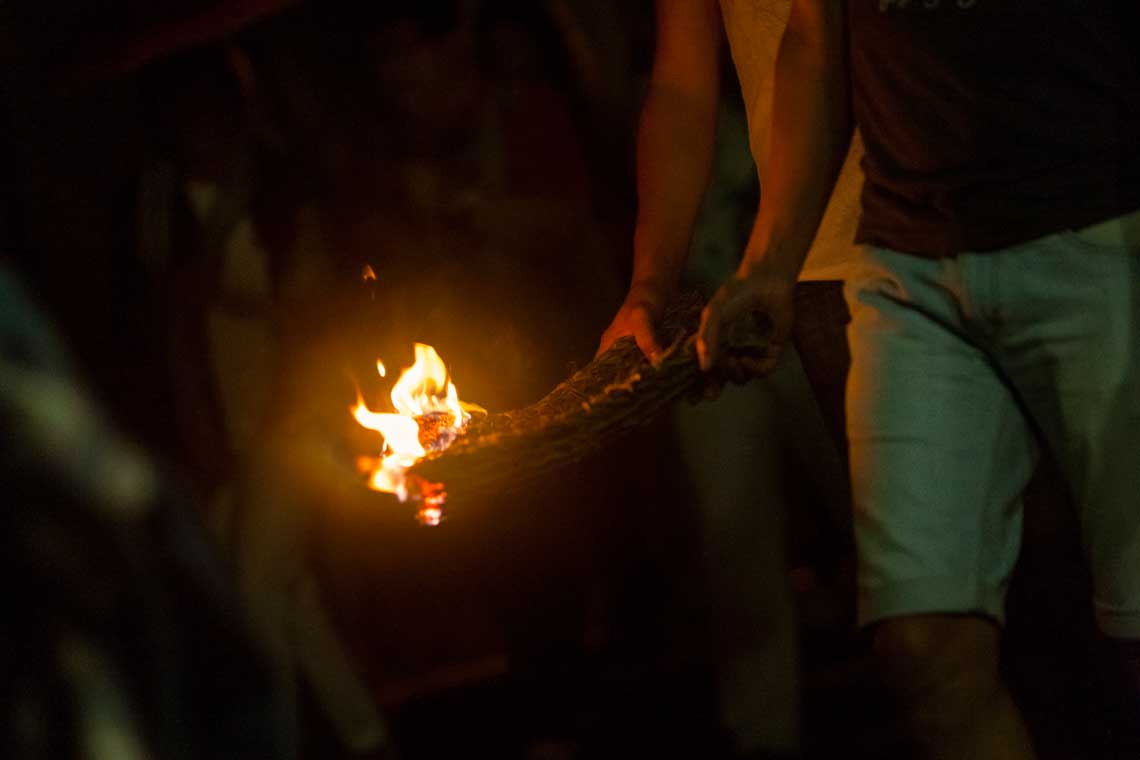 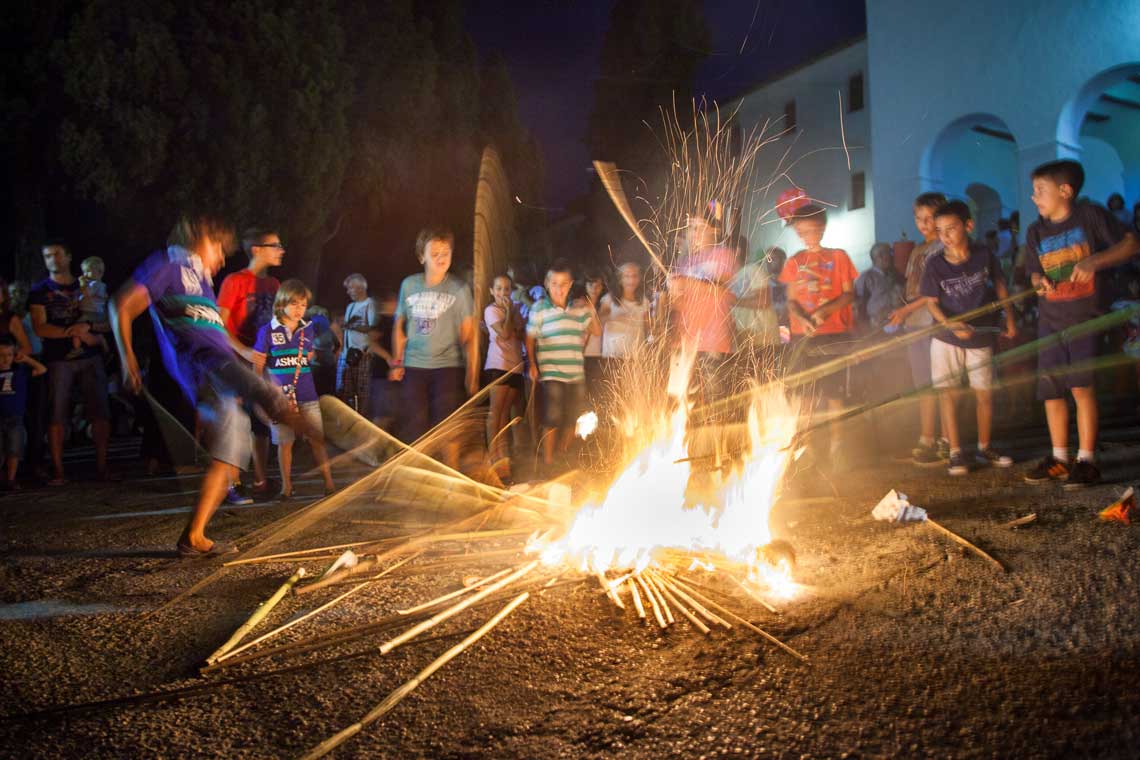 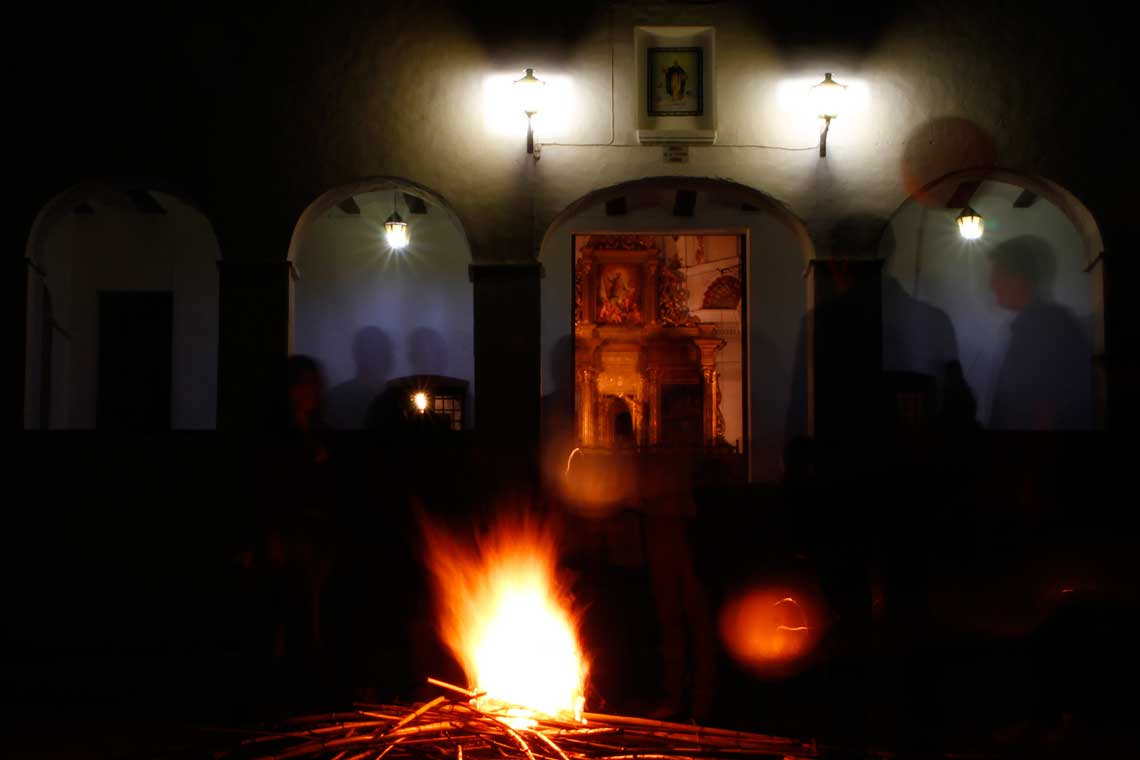